Five of the World’s Most Famous Concrete Structures

Many of the world’s most celebrated construction projects have concrete at their heart. Here we look at five famous structures which were built with one of the most durable and long-lasting of materials.

At Madmix, we know a lot about concrete, as we are experienced suppliers of fibre reinforced concrete and other quality mixes across the Cambridge area. 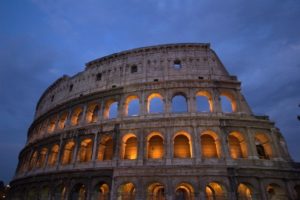 The Colosseum in Rome

This famous amphitheatre was used as an arena for gladiators, mock battles, and plays before it became a world-famous tourist attraction.  It is made from concrete and various types of stones, and has stood the test of time remarkably well, considering it was completed in 80AD and has been damaged by vandals, earthquakes and fires.

The concrete found within its walls, however, is vastly different to its modern equivalent as the Romans are thought to have used volcanic ash in their mixture. This created a crystal structure which helped prevent any cracks from developing and spreading. 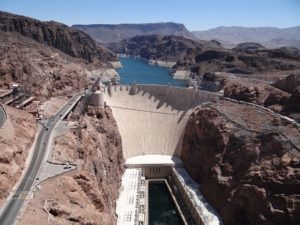 Originally known as the Boulder Dam, this huge structure on the border of the US states of Nevada and Arizona was renamed after President Herbert Hoover in 1947.

The dam took five years to build, and it was completed in 1936. It helps protect the surrounding area from floods and provides water for irrigation and hydro-electric power. It was made by using 3.25million cubic yards of concrete, poured into pre-fabricated columns. These contained steel pipes, which river water was pumped through, to help the concrete cool and contract evenly. 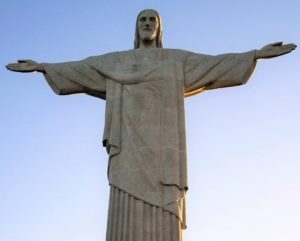 The Statue of Christ the Redeemer, Brazil

This famous statue in Rio de Janeiro took nine years to complete, and it was finished in 1931. Engineers decided that reinforced concrete was more suitable than steel for the statue’s cross shape. The outer layer consists of soapstone tiles.

The statue stands 30metres high (38m if you include its pedestal) and weighing 635 metric tons, and it has become an enduring symbol not just of Brazil but also of the Christian religion. 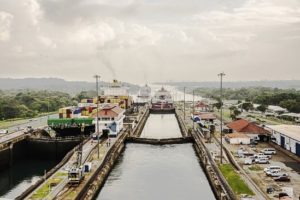 This is widely acknowledged to be one of the greatest engineering feats of the 19th and 20th centuries. The 51-mile canal connects the Pacific and Atlantic Oceans between North and South America, drastically reducing the length of any maritime vessel’s journey.

The project used more than 4.5million cubic yards of concrete to withstand the huge water pressure on the locks which all the vessels travel through. Recent surveys have shown that the concrete is still in excellent condition, even though the canal was completed in 1914. 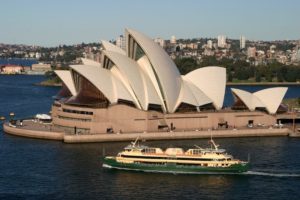 This iconic Australian building overlooking Sydney Harbour was completed in 1973. Its most famous design feature is its distinctive interlocking vaulted shells. These are made up of pre-cast concrete rib segments, which in turn support more than 2,000 roof panels, which are also made from pre-cast concrete. The Opera House is also supported by 580 concrete piers, sunk to a depth of up to 25 metres below sea level.

While you may not be undertaking a big construction project like those listed above, you can place an order for many different types of concrete with Madmix and be sure that it will be of high quality. All our concrete is accredited, which means it has been awarded the BSI kitemark, and is subject to regular independent testing to ensure it meets the highest of standards.

We supply many different admixtures, including waterproof, pumpable and fibre reinforced concrete, from our base near Cambridge. Our reinforced concrete contains polypropylene fibres, so it is tough, long-lasting and less likely to crack. We also offer a lean-kerb mixture if strength is not the top priority when placing your order.

If you are not sure how much concrete you will need, our website also has a calculator so you can easily work out how much you will need. We also deliver to many towns and villages in the Cambridge area, including Ely, Royston, Huntingdon and Newmarket. Follow this link if you would like to know more or to request a quote.