Concrete Buildings on the Big and Small Screen

Concrete buildings are often seen as large and sometimes unsightly relics of the 1960s. However, many of these great pieces of brutalist architecture have gone on to play key roles in classic films and TV shows. They are not just loved by filmmakers and viewers, but also by those who list and protect these buildings for future generations to enjoy.

Here Madmix, concrete suppliers in Cambridgeshire, provide an insight to some of the worlds most beloved concrete buildings from the big and small screen. 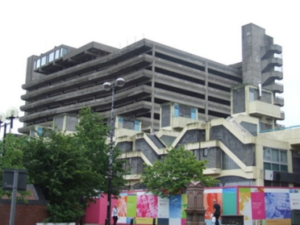 The Trinity Square Car Park was integral to the plot of the 1971 classic British thriller Get Carter, starring screen legend Michael Caine. Although only being built in 1967, it has since been demolished and replaced with a shopping and leisure centre. However, its legacy lives on for eternity on the silver screen.

The Brunel University Lecture Theatre hasn’t just been the backdrop for the infamous re-education scenes of Stanley Kubrick’s cult classic A Clockwork Orange. It has also appeared in episodes of TV dramas such as Spooks, Silent Witness and Inspector Morse. Its screen pedigree and architectural importance have seen the building – originally designed in the 1960s – become listed in recent years. 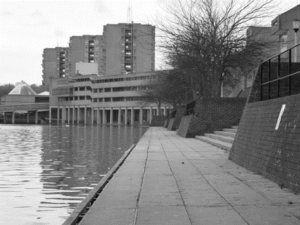 Another location key to A Clockwork Orange was the Thamesmead Estate. Best highlighted in a scene where Malcolm McDowell’s gang of droogs walk through part of the estate, before one of the members is unceremoniously thrown into a lake. The estate has also been a location for TV shows such as Misfits. 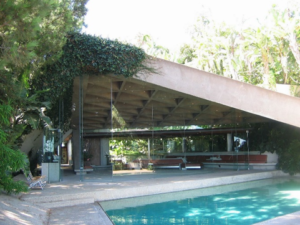 The Sheats-Goldstein House in Los Angeles

This was originally built for the Sheats family in the swinging 60s. Hollywood filmmakers have been taking advantage of the home’s stunning location and coiffured concrete ceiling ever since.

Most notably it starred as Jackie Treehorn’s bachelor pad in The Big Lebowski, and the 2003 film version of Charlie’s Angels. The home is now in the caring hands of the Los Angeles County Museum of Art, but it continues to be a popular spot for celebrity photoshoots.

The Griffith Observatory in Los Angeles

Another concrete location on Hollywood’s doorstep is the Griffith Observatory. The building is not just a goliath in size, but also in its film credits. It was centre stage in the 1955 film Rebel Without A Cause – the film that made James Dean a star. It has also featured in the Terminator and Back to the Future franchises, as well as the recent multi-Oscar winning movie La La Land.

Why are Concrete Locations so Popular?

One of the reasons why film and TV producers return to the same concrete locations time and again is because the structures have usually stood the test of time. Not only are the buildings visually striking in their own right, their often large structures provide impressive and sometimes imposing backdrops for film makers and viewers alike.

If you are looking for concrete for your construction project, Madmix can meet your needs. We have experience in providing concrete for  high-footfall buildings, such as shopping centres, offices, and factories, where our reinforced concrete contains polypropylene fibres for added strength. If you are building a dam or bridge we can supply a waterproof admixture.

We can’t guarantee that your finished building or construction project will appear on the big or small screen. However, you can be sure that that as a leading concrete suppliers in Cambridgeshire, you are guaranteed a high-quality and durable product.

We can deliver your order directly to your site, whether it is a large-scale commercial project or a smaller domestic job. To learn more about Madmix’s accredited concrete or to place an order contact us by clicking on the link.

Madmix have a fleet of 6 cu metre and 8 cu metre barrel truck mixers, all designed to carry your required load of ready mix concrete. Read more...